Gin is a distilled spirit that is made from grain and flavored with botanicals. It is most noted for its pine flavor due to its main ingredient, juniper berries. There are a variety of styles, from the famous London dry gins to modern gins that are less piney and more approachable. Gin is a Dutch creation and the English made it popular worldwide. Today, it’s made and enjoyed throughout the world; Spain, Belgium, the Netherlands, and the U.K. consume the most gin. It’s the main ingredient in a classic martini and vital to the iconic gin and tonic, but there are many great cocktail recipes that show off the botanical spirit. 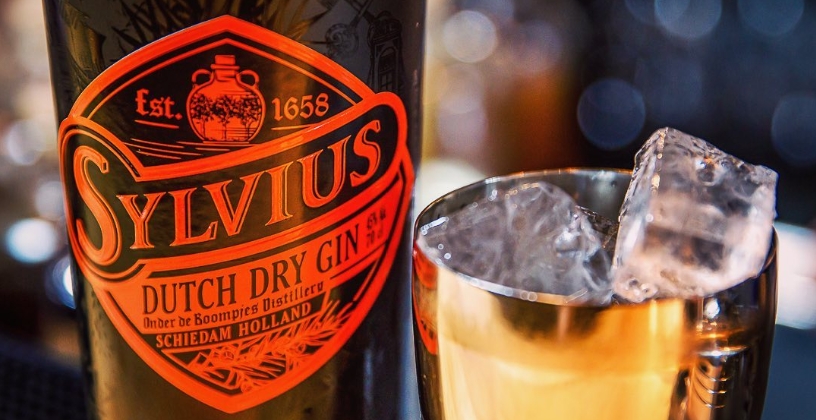 What Is Gin Made From?

Gin was created by Dr. Franciscus Sylvus, a Dutch chemist, during the 16th century. His original intention was to make an elixir that would cleanse the blood of those suffering from kidney disorders. Sylvus named his creation genièvre, French for “juniper.” Mass production in England soon followed after King William III banned expensive liquor imports from France due to a grudge and made gin affordable for the masses. Since that time, gin has spread to a worldwide following. Though the English and Dutch are best-known for making gin, it can be produced anywhere.

Gin is a light-bodied distilled spirit that is made of a mash of cereal grains, usually corn, rye, barley, and wheat. Producers cannot qualify their gin by age and, generally, only genever is barrel aged. For that reason, most gin is clear. Some get a slight golden color due to certain methods used to incorporate the flavors into the gin.

The use of botanicals during distillation sets gin apart from the other liquors, particularly vodka. It is not a simple infusion. Instead, the botanicals are introduced in the still while the liquor is being made to create a very concentrated and well-rounded flavor.
Gin’s dominant flavor and aroma come from juniper berries. These must be included in order for a liquor to be classified as gin. The juniper is responsible for that “pine” flavor that makes gin unique. Beyond that, every distiller of gin uses its own botanical recipe, comprised of various herbs, spices, flowers, and fruits. Among the most common botanicals used are almond, angelica, anise, cassia, coriander, fennel, and citrus peels. Some gin recipes use just a handful of different botanicals while others use 30 or more. You will find brands that divulge their full list and others that keep it a well-guarded secret. This lends to each gin’s unique flavor profile and, unlike other spirits, every gin you pour can be an entirely new experience.
The strength of gin ranges between 40 percent and 47 percent alcohol by volume (ABV, 80 to 94 proof); the majority is bottled at 80 proof. Navy-strength gin is the strongest at around 114 proof.

Gin has an herbal flavor marked with citrus and spices. Most gin is dry with a noticeable pine flavor because juniper dominates traditional recipes. The oldest styles tend to be sweeter while modern styles put less emphasis on the juniper and may focus on another herb, fruit, or spice flavor.

Genever (or Schiedam gin) is the Dutch and Belgian version and the original style of gin. It was first distilled for medicinal purposes and was the original gin used in many of the classic American cocktails of the 19th century, rivaling Old Tom as the star of the bar. Genever is distilled from malted grain mash in a manner similar to whiskey. It tends to be lower proof (70 to 80 proof) than its English counterparts. Genever is often aged in oak casks for one to three years and comes in two styles. Oude (old) genever is the original style with a straw color; it is relatively sweet and aromatic. Jonge (young) genever has a drier palate and lighter body.

London dry gin is the best-known and most widely produced style of gin in the world today. It’s often considered the benchmark that defines gin. This is a juniper-forward, very dry gin. Its flowery and aromatic characteristics are a result of adding the botanicals during the second or third distillation. The vapors from these flavoring agents reach the alcohol as they pass through a specialized still with an attachment called a gin head. London dry gin is often preferred for making martinis and the most versatile for cocktails.

Plymouth Gin is a clear, slightly fruity, full-bodied gin that is very aromatic. This style originated in the port of Plymouth on the English Channel. Only one distillery, Plymouth, Coates & Co., has the right to produce it today, so it is both a style and a brand name. It is typically a good choice for cocktails that include fruits.

Old Tom gin is a sweeter version of London dry gin. Simple syrup distinguishes this older style from its contemporaries and many include notes of citrus. Old Tom was the original gin used for the popular Tom Collins and the gin of choice for much of the 19th century. Not too long ago, Old Tom gin could be found almost exclusively in the U.K. Today it’s produced by a number of U.S. distilleries as well.

“New Western Dry” gin (or “New American” gin) are names adopted by the international bartending community to describe a number of modern gins released in the early 2000s. These brands downplay juniper and were so different from the standard gins that there was much debate as to whether they could be classified as gin. Many were produced with modern cocktails and vodka drinkers in mind. They have a great appeal to consumers who are not fond of a heavy pine taste.

How to Drink Gin

Gin is almost always enjoyed in mixed drinks, rarely straight or on the rocks. The Dutch still prefer to drink genever straight, often using a small tulip-shaped glass specifically designed for it. Tall soda mixed drinks with a citrus wedge and short martinis are the most common gin cocktails, both in bars and at home. Unless mixed with heavy flavors like fruit juice, cream, or egg, gin martinis are often best stirred; some think shaking bruises the botanicals. Though there are a few, gin doesn’t make an appearance in many shooters.