The basis for the production of Haná vodka are clear water from deep wells in Haná and fine alcohol and six-fold filtration through activated carbon, which gives the vodka a delicious fineness. The production of the oldest Slavic vodka has been in the same town in Prostějov for centuries, where a distillery was already standing in 1518. The first known distillery was Mates from Prostějov, the ancestor of Prostějov distillers.

Haná vodka was created according to the rule of honesty using a simple method of measurement using a silver Prague groschen in a densitometer. In this way, he produced a masterpiece of purity, which at the time was called “vodka”, for which the name vodka was later adopted. And that is why Hanácká is the oldest vodka in the world.

Hanácká vodka has always been associated with traditional entertainment and merriment. Clearly pure vodka soon became fashionable and crossed the borders of the Prostějov region and built its position in the surrounding countries.

You can enjoy it not only on its own (recommended on ice), but, for its perfect miscibility, it is also an ideal complement to many mixed drinks. 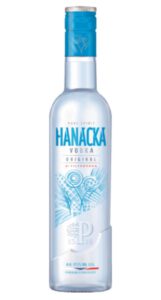 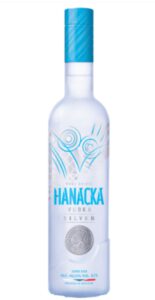